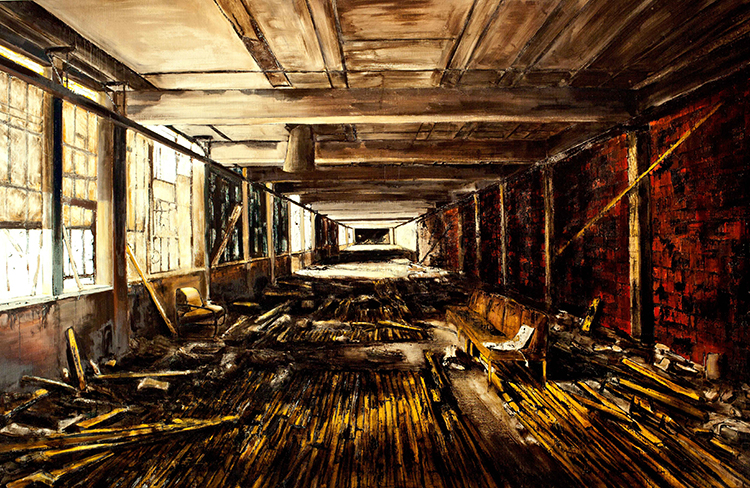 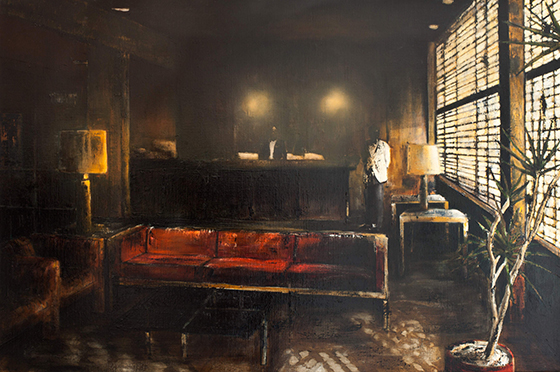 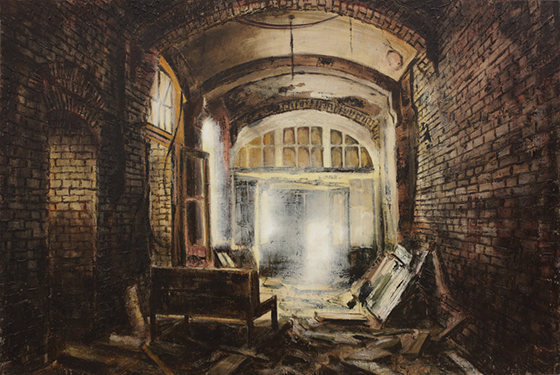 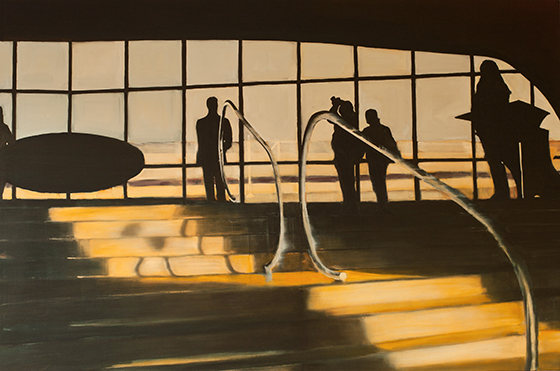 As a starting point for my work I use both my own photographs and anonymous pictures found at flea markets, in books, magazines and on the internet.

I trained as an artist at the Art Academy in Arnhem (NL), and later went on to become assistant of Anselm Kiefer in France in 1995.

I have exhibited widely in London, Berlin, New York and Amsterdam. I participated at the 53rd and the 54th Venice Biennale, in 2009 and 2011, in collateral events. I was shortlisted for the John Moores Painting Prize in 2012 and exhibited at the Liverpool Biennial. In 2010 I won joint first prize for best artist at the UK National Open Art Competition, juried by Gavin Turk.

In 2017, I won the Luxembourg Art Prize In my work over the years I have explored ideas concerning ontology, transience, religion and history.

I am currently working on a large series of paintings for two exhibitions featuring waiting rooms, data centres, film sets and architectural maquettes in order to address ideas about reality and human behaviour in our ‘post truth’ society. With these paintings I am constructing new, imaginary, visual spaces using personal memories and associations, as well as found imagery.