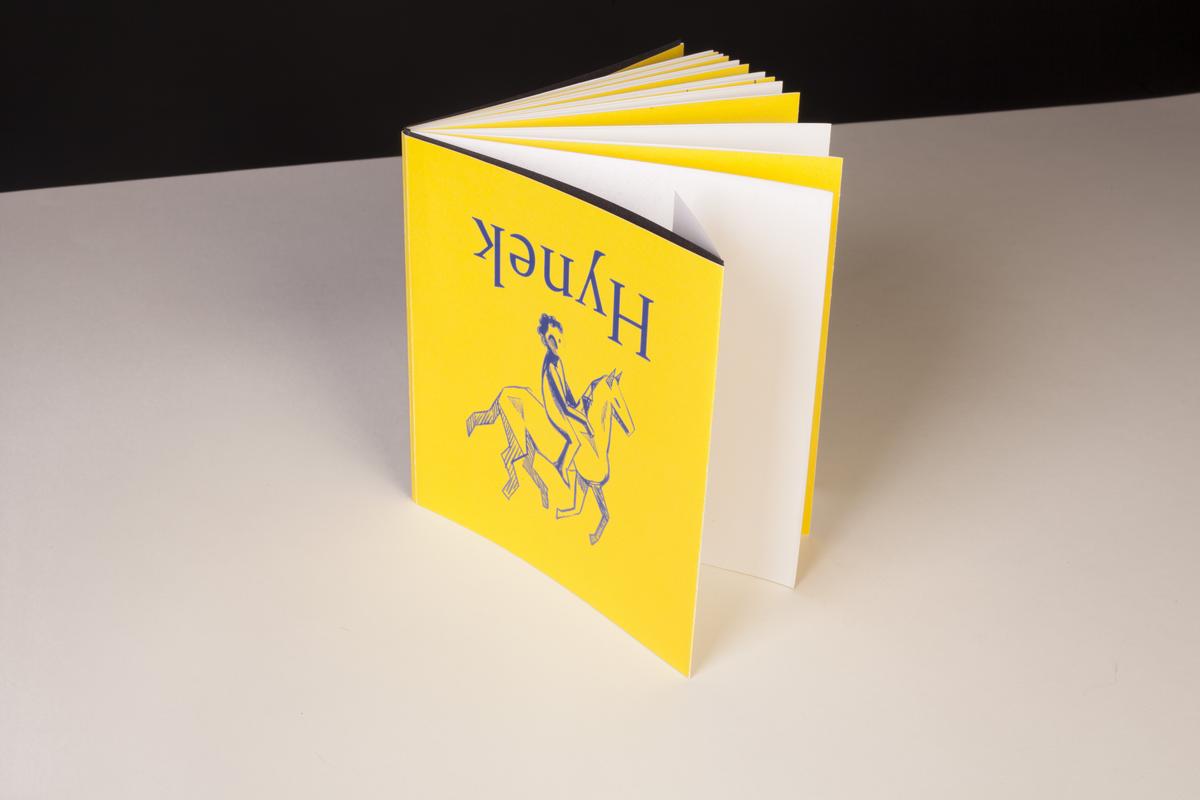 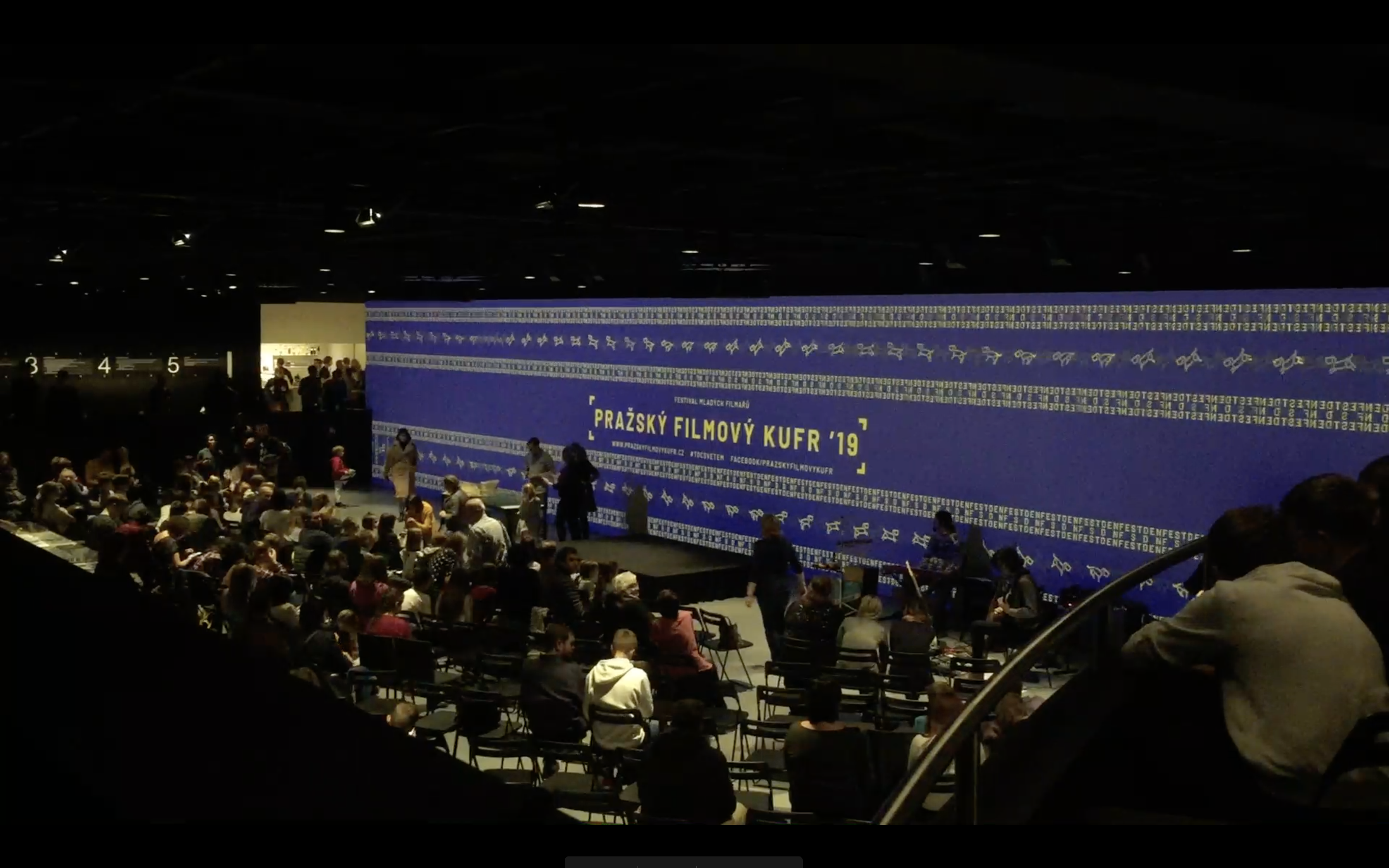 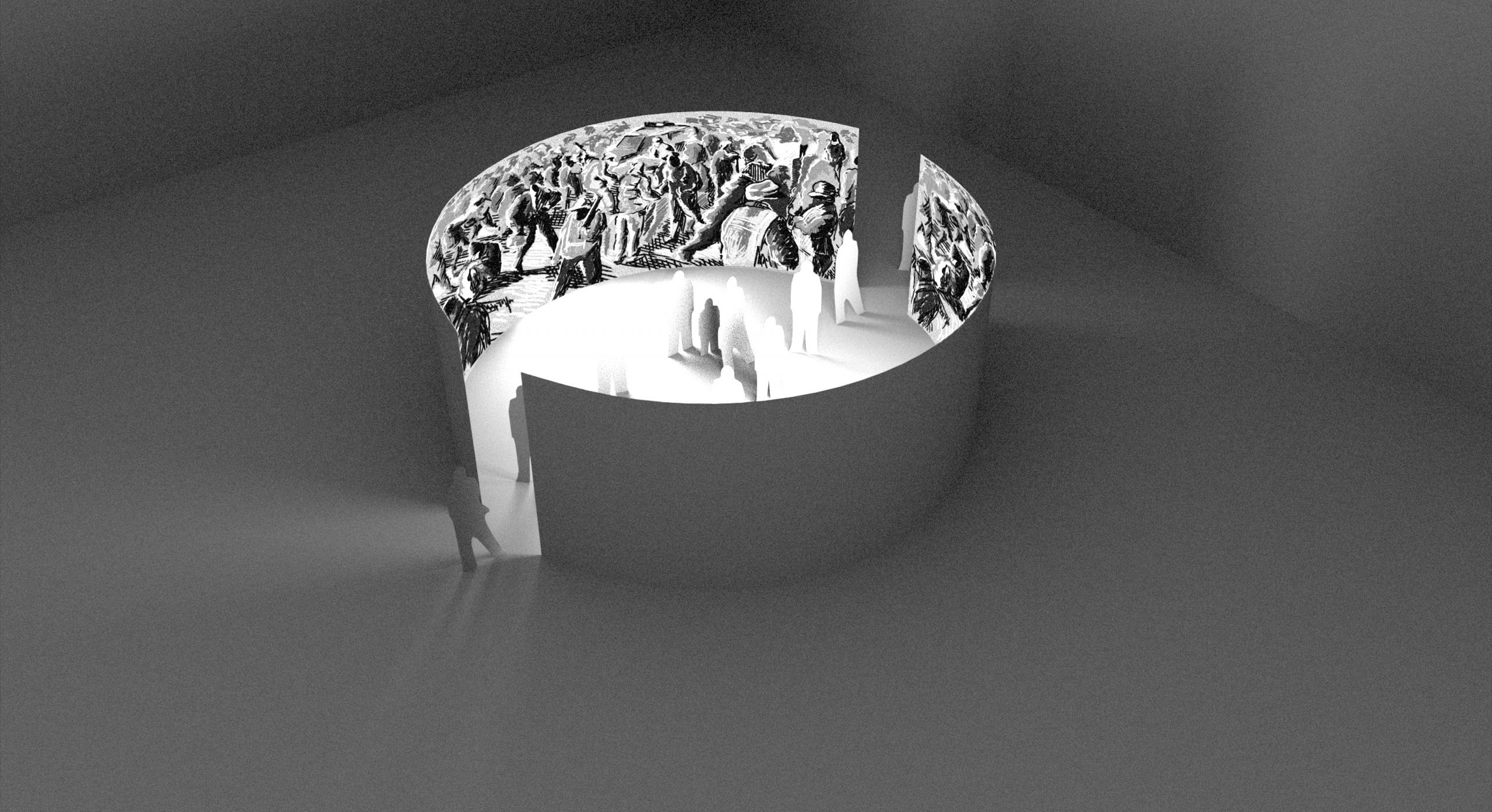 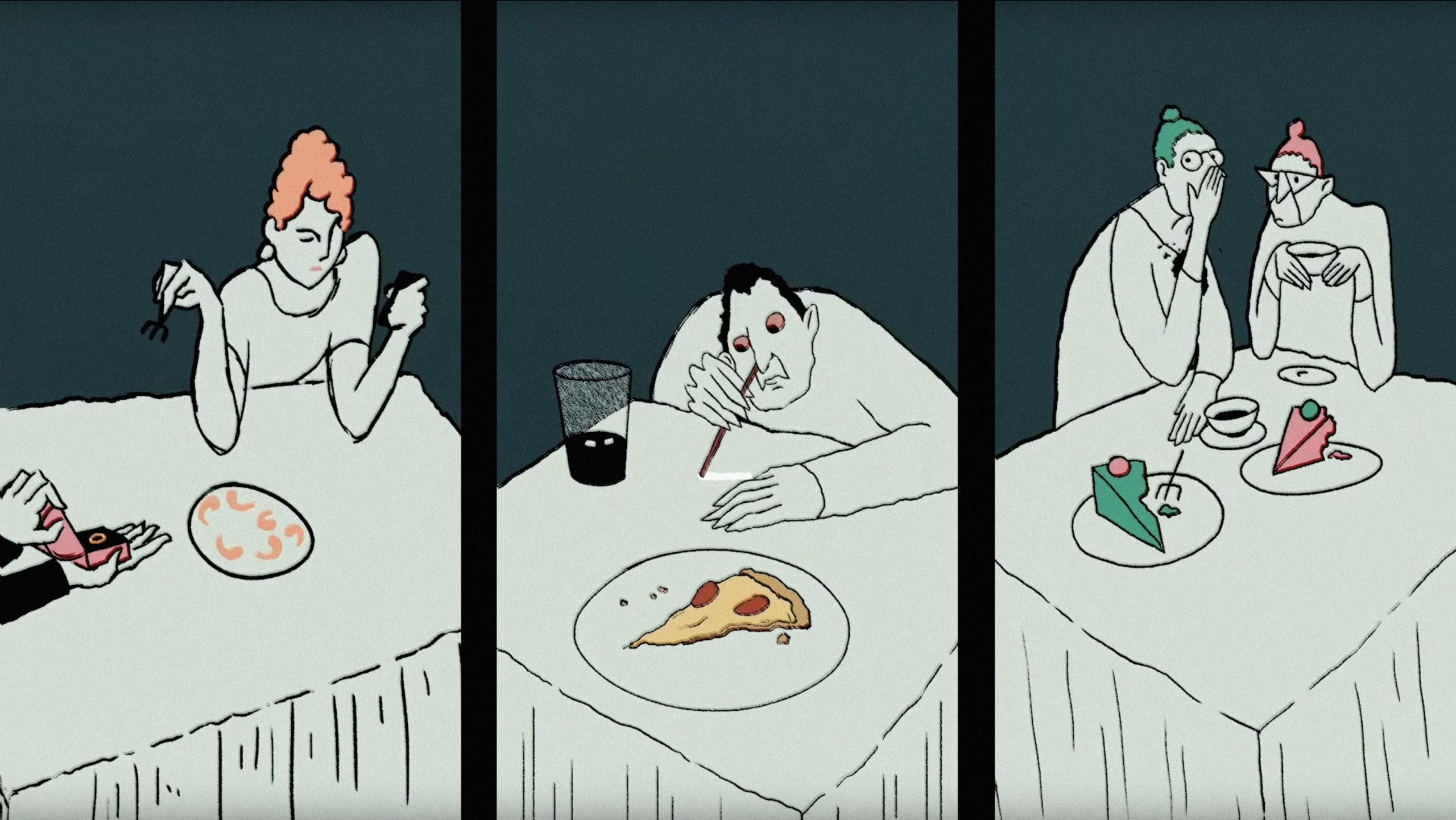 I wanted to make a script, but it seemed to me that it’s a pity to leave the script in its technical form. I have decided to create a book that reminds me of reading fairy tales. This warm look contrasts with the violence of a story. Book succeeded at the Youth Design Competition and served as a basis for my partly animated, partly acted film.

I have created a visual style, including animation, graphic design and winning statue design for a film festival in Prague. Their goal is to create a creative and inspiring space for children of similar interests, a show of ideas, and a platform for mutual sharing and acquisition of new creative experiences. My idea for this year was a little girl leaving her box and exploring the the outside world. It was an outstanding experience to work with a real client and to see the result on a 20 meters long screen in the centre of Prague.

I have created a wall painting proposal for an upcoming exhibition in the National Gallery in Prague. The proposal is now being considered. This piece will be combining mixed media. Digital art will be printed on two 15mX4m papers and subsequently spray painted.

I have created an animated film. We are what we eat. The packed restaurant is full of people whose different characters are described by the way they are eating their meals. I wanted to point out what is sometimes unnoticed, but can play the role of a vital signifier. Hunger won a second-place trophy at the Karlovy Vary International Film Festival run by Nespresso Talents 2019.

I am an award-winning visual artist and filmmaker studying animation at the University of the Arts London. I mostly focus on combining animation techniques to create images with a strong narrative. I like to explore and experiment within a certain media and the obscuring and conflicting boundaries between them, often overlapping traditional and digital forms.

My films succeeded at international festivals around the world (KVIFF, Anifilm, ICARUS…). I exhibited some of my animated projects and some of the interactive pieces inside and outside of gallery space (SVETOVA 1, DESIGN MODE, National Gallery in Prague). I have won a range of prizes for my designs (Czech National Award for Design 2018, DESIGNBLOK). I experienced working with different theatre companies on the set design in Platform Theatre, The Actors Centre (London), Studio hrdinu (Prague), etc…

I have always embraced the opportunity to explore and enrich my horizons. I am currently a student of animation at the University of the Arts London, studied at the Edaic (Illustration and Animation) in France and graduated at SPSG (graphic design) in Prague where I was born and raised.